What's a sonic ID and why your brand should have one 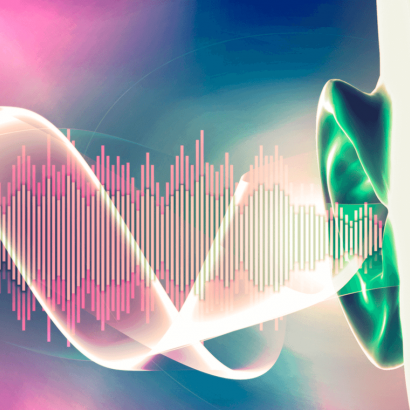 What is a sonic identity?

A sonic identity is an audio representation of a brand - it translates the visual brand into audio. For example, think about McDonald’s jingle, if you hummed it within an earshot of most people from this era, they would immediately recognise it. The melody evokes a particular emotion in people when they hear it.

Why is it important?

According to an article from Made Music Studio, people react faster to audio than any other stimulus. It takes 0.146 seconds for a human to react to sound. So, with a million brands out there, it is important for a brand to stand out to consumers. Anything that can help achieve that is worthwhile. The sound must build on the feeling of authenticity that the brand is trying to create.

Check out a few examples of sonic IDs from big brands you may be familiar with:

According to Twenty Thousand Hertz podcast host, Dallas Taylor, it took about 3 700 audio mixes, as well as a couple celebrity features to get the final mix of McDonald’s jingle. Even without the “I’m loving it” phrase, people still envision McDonald’s when they hear the “ba da ba ba ba” melody.

It would be a dishonour to talk about sonic branding and not mention Coca-Cola, as some may even consider them pioneers. Coca-Cola have been using music and sound for decades to strengthen their brand identity. The sound of a bottle opening, the cap, ice cubes, pouring, the fizz and lastly the thirst-quenching ahh at the end, is simple yet so iconic.

When Netflix set out to look for an iconic sound, they wanted one that makes you think you are about to get an amazing story, relevant to you, or you are about to get a treat. And we can all agree that this was achieved with the “ta-dum” sound. Here is an interesting fact, the sound is a wedding ring knocking against a cabinet.

HBO’s sonic ID comes on at the beginning and end of a program. They wanted to create an impression of an appointment to view the program. The sound, in the beginning, mimics an old television set being turned on, creating a feeling of nostalgia.

The inspiration for this sound came from the concave shape of the original Xbox 360 which looked like it was breathing. The breath was captured along with melodic tones, giving life to the startup tone that we know today.

Intel’s sonic ID, also known as the “bong” is also worth a mention. This is, however, the older and more iconic sound. Intel has rebranded and remixed the five-note bong.

Even car brands have sonic IDs. The Audi sonic ID has changed over the years but what remains constant is the heartbeat. An excellent choice for a brand like Audi.

Can you think of other big brands with iconic sonic IDs that we did not mention? Please leave your comment below, or on our social pages.