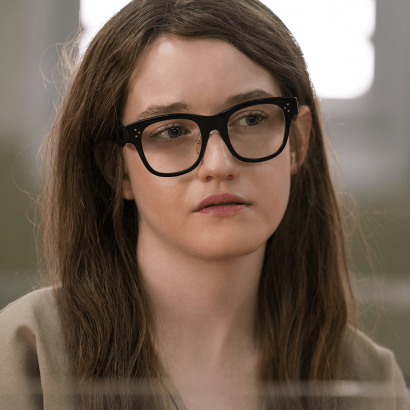 If you’re looking to keep yourself entertained this weekend, we’ve got you covered with the latest and gripping shows across Netflix, Showmax and Prime Video.

From creator Shonda Rhimes (Grey's Anatomy, Bridgerton), this show is inspired by real-life events with a blend of fiction. It tells the story of how con-artist Anna Sorokin a.k.a Anna Delvey, fooled New York’s elite by pretending to be a German heiress.

Reacher is currently among the top 10 trending Prime Video shows in South Africa. Based on the novel series by Lee Child, the show follows Reacher, a veteran military police investigator who returns to civilian life. Season 1 has 8 action-packed episodes and comes with high praises from fans and critics - with debates surrounding Tom Cruises' portrayal of Reacher.

The Wife is a local telenovela that's kept the Twitter streets abuzz every Thursday since airing without fail.

Season 1 is inspired by Dudu Busani-Dube's bestselling novel Hlomu the Wife. We're introduced to the Zulu brothers and Hlomu, a journalist who falls for and marries one of the brothers and gets entangled in the family's secrets.

You can catch up on all 40 episodes and jump onto season 2, which continues with the follow-up novel, Zandile the Resolute.

Still on everyone's lips and an instant meme-able hit. If you haven't seen this one, it follows a man named Shimon Hayut (alias Simon Leviev) and the women he conned on Tinder out of an estimated 10 million dollars.

Based on a true story, the show follows a former neurosurgeon named Christopher Duntsch, a.k.a Dr Death. He had his medical license revoked for injuring and killing two of the 37 patients he operated on.

Did we miss any shows that you think should be on this list? Drop your comment below, and you could win 1 of 6 Netflix vouchers.