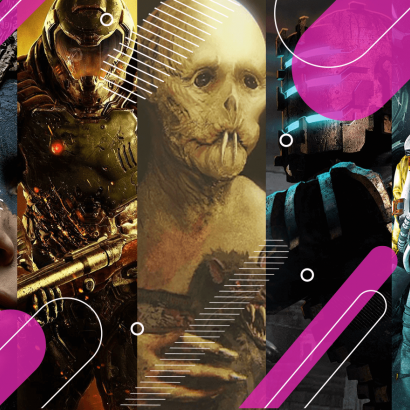 When I was a kid, I played a lot of video games that scared me then, such as Plants vs Zombies. However, this doesn't compare to the games available today on PC and console.

As video games become more and more immersive through the years, they can give someone nightmares after playing some of them. With the advancement of technology, virtual experiences are becoming more realistic and believable.

ScienceDaily reports that physical aggression is the most frequently reported theme in nightmares and this is a common theme in video games. We have listed some of the most terrifying video games that you simply have to experience for yourself, however, it may even frighten the most dedicated horror fan.

In 2020, Naughty Dog releases The Last of Us Part II for PlayStation 4. As you battle creatures and people with out of this world graphics and your body is on survival mode, this action-adventure game is sure to send chills down your spine.

The third-person shooter roguelike game Returnal was developed by Housemarque and published by Sony Interactive Entertainment. On April 30, 2021, the game was released on PlayStation 5. Some awesome frantic action here with glorious effects! If you love alien planets sci-fi - this is for you! As creepy as it is, it’s bearable or mild horror.

The first-person shooter game Doom Eternal was developed by id Software and published by Bethesda Softworks. As the Doom Slayer, you're on a mission to save the earth from the consumption of hell, battling against hordes of relentless demons on your way.

A mining spaceship is overrun by Necromorphs, and the player controls engineer Isaac Clarke from the third-person perspective as he navigates the ship, fights the monsters, and struggles with increasing psychosis. Aliens, space and losing your mind? What can be more terrifying than that?

This psychological horror game was developed by the Bloober Team and published by Aspyr. The game was released worldwide in February 2016 for Linux, Microsoft Windows, macOS, PlayStation 4, and Xbox One. Players control a psychologically disturbed painter navigating a Victorian mansion and discovering secrets about his past. It is undoubtedly the creepiest game I ever played. You should not be surprised if you start painting in your nightmare.

This 2017 survival horror game was developed and published by Capcom. While searching for his long-missing wife on a derelict plantation occupied by an infected family, Ethan Winters will encounter puzzles and enemies as he fights them. In spite of the fact that the entire Resident Evil series is terrifying, this one takes the cake as the most frightening.

Ninja Theory's Hellblade: Senua's Sacrifice is an action-adventure video game developed and published in the UK. Senua's voice warning her is not only chilling to experience in combat but also deep as she navigates through to understanding herself more. It’s like fighting demons inside and outside. Deeply chilling!

Let us know which is your scariest video game thus far in the comment section!