Returning series this July on Showmax 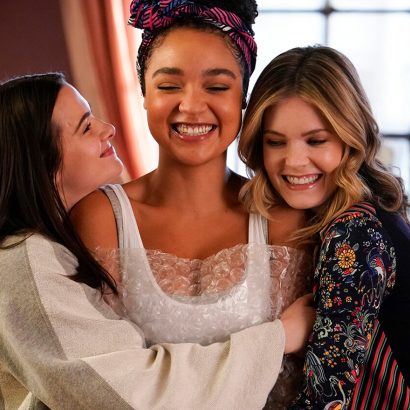 If you’re a Showmax subscriber and a series lover, surely you know there is a lot of content out there, and choosing what to watch can become difficult at times. We’ll help you get started.

You can check out these popular international shows from the very beginning to the latest seasons:

Season 1 received a critics rating of 98% on Rotten Tomatoes, with the accolade of being the fourth best-reviewed young adult series of 2020.

Season 2 will be available to binge from 19 July 2021. In the meantime, you can catch up or have a refresh of season 1.

“Scarlet magazine” trio: Kat, Jane, and Sutton return for the final six-episode season of The Bold Type. The show is ultra-girly, with storylines that touch on political/social issues that we face in the world and as women.

If you haven’t seen it yet, Showmax has seasons 1 to 4, so you have can the ultimate binge-fest. And If you need a nudge, here are 20 reasons why you should watch the series, as told by Buzzfeed.

Adult Swim has picked up Rick and Morty for the 5th season, and 50 more episodes have been confirmed. The humorous sitcom is one of the most-binged series on Showmax.

Season 5 will be packed with 10 episodes that you can watch on Mondays. Seasons 1 to 4 is available to stream.

A Black Lady Sketch Show is back for season 2, and HBO has renewed it for a third season.

The cast is made up of black women comedians, including the creator, Robin Thede. With guest appearances from Issa Rae, Gabrielle Union, Angela Basset and Laverne Cox.

“I see this show as a budding comedy institution, where Black women can playfully realise, non-stereotypical characters, and I am so grateful for the opportunity to continue to create that space for today’s premiere comedians.", Robin Thede, creator

Seasons 1 and 2 hold a 100% critics rating on Rotten Tomatoes. Both seasons are available to stream.