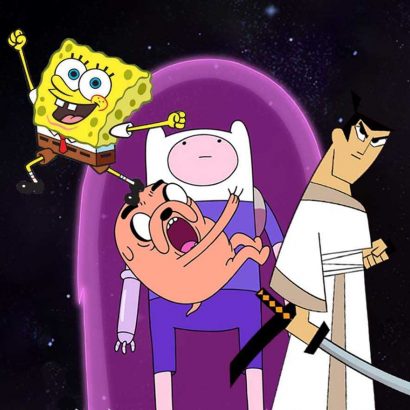 How much of your day is spent watching cartoons? There is no need to feel alone. It's okay to still be a kid! There is no actual rule that says you must stop watching cartoons at age nton-nton. Quite frankly, it keeps you young! To better help you understand why we love cartoons and perhaps to encourage you to try one out to see what kind of sense of humour you are able to get, we have compiled a list of some of our favourite cartoons as the social team, along with the synopsis.

A woman created Steven Universe for Cartoon Network, but that's not the only factor that makes it special. There's a half-alien named Steven, who teams up with three aliens named the Crystal Gems to save the world from the evil Gems. It is a must-watch anime for anime fans who love action and adventure! Recently, I started watching this one on Amazon Prime (paying in dollars) and found it very interesting, but too expensive to continue watching as it’s not yet reached South African streaming services.

The American animated television series Adventure Time (formerly Adventure Time with Finn and Jake) was created by Pendleton Ward and produced by Frederator Studios. In the series, Finn confronts many strange adventures in the Land of Ooo with his magical shape-shifting dog Jake. It premiered on Cartoon Network on March 11th and 18th, 2010, followed by its official premiere on April 5, 2010. Several episodes of this series have been rerated. It aired its last episode on September 3, 2018, bringing Adventure Time to a close with 10 seasons and 283 episodes. You can still stream Adventure Time on Amazon Prime as well as now, Showmax!

Samurai Jack, Genndy Tartakovsky's creation inspired by Kung Fu, blends elements of science fiction, fantasy, and western genres. In the first episode of the series, the final ten minutes of dialogue-free action were ridiculous, and the animation style was quite unique (characters painted without black outlines and in a minimalist style). The action in this one kicks serious butt! “The first time I watched it, I was captivated and a bit frustrated because Jack was literally about to kill Aku when Aku's daughter sent him back in time. I kept watching to see Jack finally kill Aku." says Alex.

With his best friend, a fish named Darwin, Gumball Watterson, 12, gets into mischief with his friends in Elmore. The strange title of this show actually brings on curiosity as to what this cartoon is about. After you watch it, it will definitely get you hooked and wanting more episodes. This one can be streamed on DSTV when it's aired however, it is proving hard to find.

I can definitely say that this one is a favourite as all of us love it! A few days after Rick Sanchez has been missing for nearly 20 years. The reunion of their family brings Beth and Jerry together, but Jerry (husband) isn't thrilled about the visit and refuses to invite Rick into the house. The garage is used as Rick's personal laboratory. Rick works on a number of science-fiction devices in the lab, some of which are dangerous. Morty and Summer are often involved in their adventures around the universe. This one has a weird, cynical sense of humour and isn’t for kids at all. Nonetheless, it's a cartoon that a lot of adults tune into. All episodes are on Netflix.

In Gravity Falls, Oregon, twins Dipper and Mabel are surprised by some strange happenings around their summer vacation. Alex (our Social Media Rockstar) really likes this one. I have yet to watch it. Several of the actors sound very familiar as well! The show is airing on Disney XD at the moment.

There is no doubt that The Simpsons is one of the world's most famous cartoons. 30 years after the series premiered, most references from the show are still relevant. However crazy the family may be, the Simpsons are one of the most relatable families in television history. Plenty of content to binge on here as this is available on most streaming platforms. The predictions and humour regarding the future and world news have been highlights of this show for me.

Whenever they attempt to slack off at a local park, a blue jay named Mordecai and a raccoon named Rigby get into surreal misadventures. This TV show can be streamed on DSTV and Showmax!

Every kid and adult can enjoy watching Spongebob Squarepants. There is a yellow sea sponge in the Pacific Ocean named SpongeBob SquarePants, who enjoys cooking at Krusty Krab. He and his friends go on various adventures in Bikini Bottom. Their themed song is also very infectious. I can even hear it now…”Who lives in the pineapple under the sea?” You can stream it all on Showmax!

Some of the ones I mentioned are actually in this awesome video! Some other mentions especially for anyone over the age of 18 years!

Please do let us know your favourite cartoons that you still watch today and if you’ve tried out any of our selections.