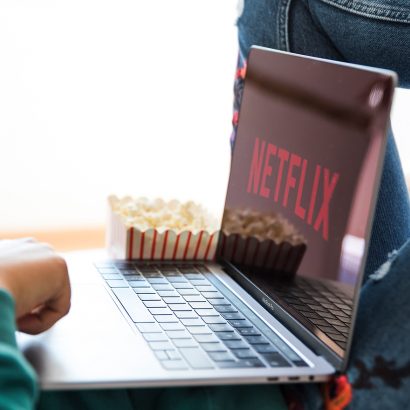 It’s definitely safe to say that Netflix has become a family member in homes across the world. If it wasn’t adopted before, the long sustained lockdown we’ve all been in has made us well acquainted with the streaming service and all its available content, with new TV shows, original movies as well as the resurfacing of retro shows we all loved back in the day.

As if the streaming platform had no more tricks up their sleeve, they’ve now announced that they will be releasing 70 new original movies this year. We crunched the numbers and that's basically more than 1 per week. Nearly 50 more than Disney plans to do as a studio and they aim to do so with more stars than any of its rivals combined.

With the likes of Chris Evans, Leonardo DiCaprio, Meryl Streep, Jonah Hill, Zendaya, Denzel Washington, Dwayne “The Rock” Johnson, Halle Berry and more, couch potatoes should get ready to potato harder than they’ve ever potatoed! (Yes we’re making it a word).
While the studios we all grew up with are still looking to find their place in a world where cinemas are not as safe as they used to be and Warner Bros driving the announcing that all their movies for the year will be released on streaming platforms at the same time as their cinema release, we can honestly say that there are a few things we may miss about the old tradition of a Friday night movie release with total strangers in a dark room and with overpriced popcorn!

Here’s a little clip on the Netflix 2021 Film Preview

With that said, we’d like to know what you think of this? Are you going to miss the good old Big Screen outings, or are you excited about the 2021 Netflix extravaganza?