Hands on with Huawei Y9 Prime 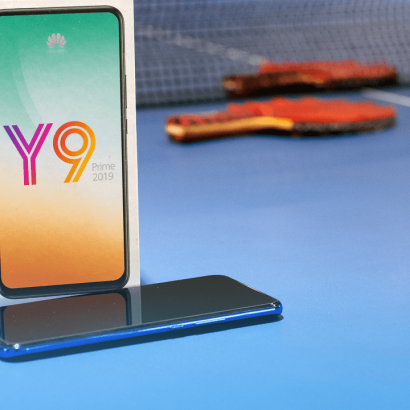 Mid-range smartphones are the buzz these days. It’s no doubt the debate remains whether Android devices have caught up to the glitz and glamour of your iPhone models. We wanted to find out if the Huawei Y9 was truly a phone that people could look into without feeling that they had to shell out for the flagship models that everyone would usually go for. We came up with our 4 reasons to consider getting this phone.

The Y9 runs 4GB of RAM and 128GB of storage capacity which can further be increased to up to 512GB using a microSD card and that is essential. The camera features would compel you to take a lot of pictures and capture the awesome moments you have with your friends and family. We took a lot of selfies and downloaded quite a few games. So good mark on memory and storage there.

The Y9 features 16MP Auto Pop-up selfie camera and this could possibly be one of the coolest features because it automatically pops up within a second when you take selfies. On the rear of the device, there are three cameras: 16MP + 8MP + 2MP which work together to deliver beautiful pictures that are quite vivid.

At first, the pop-up camera could be confused from being a gimmick that doesn’t really make a difference but the sharp images that this camera delivers from a front-facing camera, coupled with the display makes you really appreciate the phone. More especially when we consider how much people take pictures and generally have a clear understanding that front-facing doesn’t deliver the same quality as the one of the back of the device, which usually resorts to putting your faith in a total stranger for a decent photo. Which by 2019, we should have developed a solution for by now, and it’s here!

P.S – The Pop-up camera also seems to know when you’d been a bit of a clutz and dropped the phone mid selfie and so it retracts the camera automatically. We’re not saying we dropped it, cause that would be irresponsible. We’re just letting you know that this happens and it was tested so we could be sure.

The phone is offered in Emerald Green, Midnight Black, and Sapphire Blue colors. The blue color model that we had over for the week is impressive, with some unique new features that you will absolutely love, things like the Ultra Full View display.

It also comes with EMUI 9.0 which enables the phone to learn to understand and support you for more efficiency in everyday tasks. This particular aspect of the phone makes it hard to let go of when the manufacturer eventually calls and wants their phone back but we also acknowledge this as a step in the right direction for smartphone features.

A phone that works the way you want it to and continuously gets to know me better is the phone that makes your life easier.

The Joy of Gaming

In order to provide a more enhanced gaming experience, certain games allow the phone to identify gaming scenarios and match them with real-life sensations. Overall the gaming experience feels pretty good for a phone in this price range.

We’ll be honest, this is a feature that would be better talked about with some more time to play the games. We played Call of Duty’s new mobile game and enjoyed the touch response. This was quite impressive, but we wouldn’t necessarily make a noise about it.

The Auto Pop-up selfie camera, minimal bezel display, and decent performance are surely some of the key highlights of this phone. At this price point, you won’t manage to find a phone that gives you this kind of camera quality and it’s a step up from Huawei’s previous models that sat at this end of the line-up. We must be honest, some of you may be waiting for the second-gen iPhone SE to see what they come up with and that makes sense but if you’re looking to spend R5k on a phone and take awesome photos, this could be the one you’re looking for!