Everything you need to know about Virtual Reality 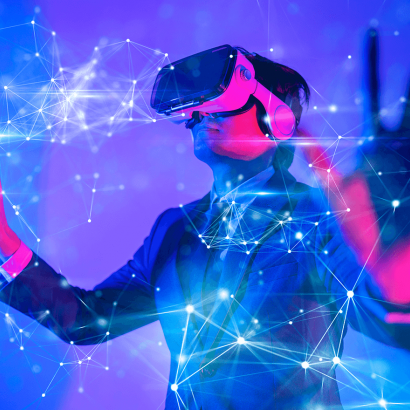 Virtual reality (also known as VR) is a computer-simulated environment with scenes, objects, and people that appear to be real, making the user feel as though they are in a totally new world. This “new world” is seen through a device known as a VR headset or goggles popularly manufactured and sold by companies like Oculus and Sony VR.

As ultra-modern as this may seem, the first VR devices were released as early as the 1950s in machines with built-in seats that played 3D movies called the Sensorama.

What is VR used for?

Virtual reality has proved to have a variety of innovative uses besides allowing us to immerse ourselves in video games all day. Its ability to simulate any environment means it can be used in almost any field.

Some innovative uses for VR:

Virtual reality is here to stay and has been described as “key technology” for companies and organizations that have any digital transformation plans. The possibilities that VR brings to the table go beyond leisure and entertainment, and with a few adjustments in terms of affordability and graphic display, we can expect this to be the most in-demand piece of tech in the near future.

The big technology companies are already working on improving VR by developing wireless VR headsets and ultra HD images with powerful processors to avoid defects such as “clipping”, which is when solid objects appear as though they are transparent and can be passed through.

No, it's not science fiction, you really are able to experience the stimulations of another world from your living room. Feel free to let us know what experiences you have had with VR in the comments below.