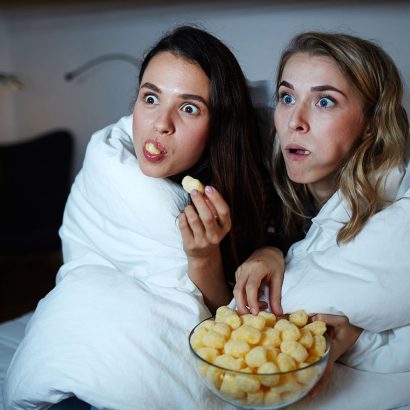 We can definitely admit that there was a lot we looked forward to on the Big Screen for 2020, but since the entire planet took a big sneeze, a lot of the movie hype for the year saw massive delays in releases. With fingers crossed we put a list of the 2021 movies to get excited about:

After 30 years since the original movie came out, this March we can expect to see the sequel to Eddie Murpheys culture classic.

On a planet where all the women have died and thoughts are visible, Tom Holland and Daisy Ridley cause chaos. This is a rather arbitrary intro into the plot but the trailer says a lot more.

The sharply dressed spies have come forward with a prequel to the previous two movies set in the World War 1 era. Somewhat of an origins story that looks absolutely epic! Let the trailer do all the talking.

Although the official trailer hasn’t surfaced just yet, we managed to find this one stitched together by a YouTuber. Soaked in the movie equivalent of dubstep synths, the magnitude of this epic battle can be felt. The movie was announced to be released in the latter part of March 2021.

No Time To Die

Daniel Craig’s final crack at 007 has been something talked about for a bit too long now and we’re still standing on edge waiting for the official announcement of the next Bond. Be that as it may, we can look forward to the release of No Time To Die in the early days of April 2021!

The video game phenom, Mortal Kombat has come forward with their new movie! Warner Bros is giving it everything they’ve got with this one, so we guess theres not much else to say, other than: “FINISH HIM!!” Look out for this one this April!

Digging deeper into the origins of the Avenger's favourite Russian Super Assassin, we’re just hoping to find out what exactly happened in Budapest once and for all. Scarlett Johansson returns to the Big Screen as Black Widow this May

From the twisted reality of most open-world video games that we play comes the even more twisted interpretation of the fun we have by Ryan Reynolds and the directing mania of Shawn Levy in Free Guy. I don’t think it was mentioned previously but Taika Waititi will also be starring so we’re super excited to see this one around May 21st, 2021!

Finally, with the mixed feelings of the first attempt, Warner Bros have lassoed some more stars and have decided to bring us the Suicide Squad sequel. While the trailer hasn’t officially come out yet, we managed to find this sneak peek with interaction from the stars themselves, talking about what fans can expect this time around! You can expect this one to come out in August 2021!