8 of the biggest game releases of 2019 (confirmed so far) 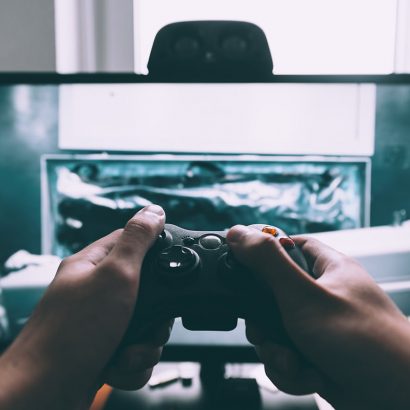 2019 is here and with it a healthy dosage of great gaming! From the highly anticipated remake of Resident Evil 2 to the next generation MMORPG Anthem – 2019 is loaded to the brim with something for everyone.

We’ve put together a list of the best titles we are keeping an eye on this year! So strap in, grab your popcorn and let’s dive in.

*We have excluded Resident Evil 2 and Kingdom Hearts III as they were released prior to publishing.

Metro Exodus is the third game in the series based on the excellent novels by Russian author Dmitry Glukhovsk. Series protagonist Artyom returns as he and his Spartan Rangers journey across a post-apocalyptic wasteland following a devastating nuclear fallout in Russia. Players can expect a mix of linear and sandbox environments as they struggle to survive the dangers of the wasteland.

Anthem is Bioware and EA’s latest big release, whether it can withstand the scrutiny of the recently upset EA fanbase after lootbox controversy is yet to be determined. However the sci-fi MMORPG/looter shooter is looks very impressive. Combining mechs with squad based gameplay, third-person combat and a rich sci-fi world, it looks to be a heavyhitter for sure.

A lot of these games will require massive updates, check out our top apps for monitoring data usage!

Microsoft have fallen somewhat short in recent years with their console exclusive titles, however February 15th marks the arrival of a long-awaited third installment in the Crackdown franchise. Crackdown 3 is sure to boast some ludicrously fun third-person shooting as players work to destabilize the crime wave sweeping across New Providence. The game will feature Terry Crews as the lead character, that’s bound to be good fun!

Platforms: Xbox One and PC

Hack and slash fans will be eagerly anticipating Devil May Cry 5 when it hits shelves on March 15th. The series returns to its roots with Dante, his brother Nero and a new character only known as ‘V’ featured as playable characters.

The sequel to Ubisoft’s controversial 2016 title, the Division 2 will send players to Washington D.C 7 months after the events of the first game. Civil war has broken out and marauders abound and players will be tasked with dousing the fires of all out war across the wrecked city.

From Software are a household name to anyone who has played the Dark Souls series or Bloodborne. Brutally unforgiving combat combined with intricate swordplay are the focus of this title. Set in the 16th Century Sengoku period Japan, the player will take control of a shinobi who has been left for dead. His lord was kidnapped and his arm severed by a leading samurai of the Ashina clan. Armed with a katana and a prosthetic arm, the player must set out to rescue his lord, regain his honour and claim his revenge.

Get the most out of your gaming sessions with our Man Cave essentials list!

NetherRealm Studios return on April 23rd with Mortal Kombat 11, the next evolution of the gory fighting franchise will showcase new gameplay features such as a “Fatal Blow”, available for players to use when their player character’s health drops below 30%, and “Krushing Blow”, a special cinematic variation of a given special move, triggered when certain requirements are met. Along with an expansive roster and all the gore you can get your hands on, MK11 is sure to be a knock-out!

PlayStation’s first exclusive title of 2019 has been touted for some time – it finally arrives on April 26th. This action-adventure/survival/horror game stars the excellent Sam Witwer as Deacon St. John, Days Gone will feature an open world where the Walking Dead meets Sons of Anarchy. Trying to survive, Deacon explores the dangerous wilds on his off-road motorbike as one of the last remaining survivors of a global pandemic which has turned the population into mindless zombie-like ‘Freakers’.

What are you looking forward to this year? Anything we might have missed? Let us know in the comments below or on social!

Not a gamer? Maybe you need something to watch? Check out our top series to look forward to in 2019!